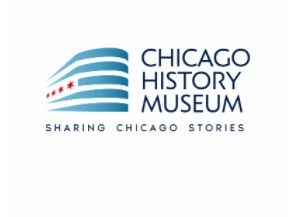 For listening purposes, it is necessary to use a copy, not the original (and to have a listening copy made if one is not available).

All rights owned by the donor, including copyright, were deeded to the Chicago Historical Society. Copyright may be retained by the creators of items, or their descendants, as stipulated by United States copyright law, unless otherwise noted.

Please cite this collection as

Correspondence, reports, news clippings, speeches, legal documents, biographical materials, and other papers of Richard H. Newhouse, Illinois State Senator, 1967-1989, from Chicago's South Side. Topics include discriminatory employment practices, especially in the construction industry; education for minorities; low-income housing; and political participation of minorities. Present are materials related to the Futures Conference, established by Newhouse address the causes of poverty, and the Newhouse Architecture Competition, designed to encourage minority and disadvantaged youths in Chicago public schools to pursue careers in architecture. The collection includes some files pertaining to senate bills and senate committee activities, as well as materials related to organizations of black legislators, notably the Black Legislative Clearing House, a group founded by Newhouse. Also included are some materials concerning Newhouse's legal work before and during his senatorial career, especially in redistricting cases of the 1980s.

Richard H. Newhouse, Jr. (1924-2002) served as Illinois State Senator from 1967-1991, representing the 13th and 24th districts on the South Side of Chicago. Newhouse received his law degree from the University of Chicago in 1961, and began his career as legal counsel for the Housing and Home Finance Agency (subsequently the U.S. Department of Housing and Urban Development). In 1969, Newhouse founded the Black Legislative Clearing House (later known as the National Black Conference of Black Legislators) to facilitate the of exchange ideas among African American legislators. He also established the Newhouse Architecture Competition to help minority and disadvantaged students from Chicago public schools pursue careers in architecture. In 1975, he was the first minority to run for mayor of Chicago. Newhouse retired from the senate in 1991.

Related materials at the Chicago History Museum, Research Center, include the Newsletter of the Newhouse Architecture Foundation, cataloged separately. There also is a multi-box collection of Newhouse papers at the Amistad Research Center, Tulane University.

Organization and Arrangement of Collection

The collection is arranged physically into ten series by subject

Series 1 consists of correspondence, memoranda, notes, newsletters, articles, pamphlets, flyers, news clippings, awards, biographical materials, and other papers, mostly related to Newhouse's political career and various causes and organizations with which he was involved. Present are documents related to the sale of O'Hare municipal bonds, hospital care on the South Side, and a proposed merger between Michael Reese Hospital and the University of Chicago Hospitals and Clinics. Also included is an oversize certificate (1984) declaring Newhouse's membership in the Illinois Senate.

Series 3 contains articles, reports, academic papers, and other research materials on employment, housing, and social services for minority groups and underserved populations. Includes correspondence, memoranda, meeting minutes and agendas, and other records of various nonprofit groups, including the Joint Center for Political and Economic Studies, the Community Renewal Foundation, the Enterprise Foundation, and the Citizens Council on Public Aid. Also present are bound volumes of minutes from a committee appointed by the Board of Higher Education to examine university employment practices.

Series 5 consists of articles, news clippings, correspondence, memoranda, booklets, brochures, flyers, and other materials chiefly pertaining to minority issues in higher education. Includes correspondence and some course materials from Chicago State University, where Newhouse was a Distinguished Professor in Residence, as well as correspondence on senate bills related to education. The series contains some essays by Broadus N. Butler, an African American educator with whom Newhouse corresponded. Also present are 12 audiocassettes from an annual meeting of the Education Commission of the States.

Series 6 contains items related to the Futures Conference, established by Newhouse to address the causes of intergenerational poverty through education and social services. Materials include proposals, notes, drafts, articles, and research materials for conference topics; correspondence with potential participants and supporters; and administrative records such as lists of participants, budget information, and memoranda.

Series 8 contains legal documents, transcripts of testimony, articles, publications, and correspondence related to legal challenges to the 1981 reapportionment plan for Illinois legislative districts. Opponents of the plan contended that it diluted minority voting strength. Legal cases represented in the series include Rybicki v. State Board of Elections, Crosby v. State Board of Elections, and Ketchum v. Byrne. Newhouse was co- counsel for the Ketchum plaintiffs.

Series 9 consists of analyses of senate bills, texts of amendments, legislative agendas, correspondence from lobbyists, memoranda and press releases from Newhouse, and some miscellaneous materials related to senate bills and the legislative process.

Series 10 consists of correspondence, memoranda, notes, articles, essays, speeches, meeting agendas, transcripts of proceedings, newsletters, pamphlets, and other records of the Black Legislative Clearing House, as well as some items from other organizations such as the National Black Caucus of State Legislators. The series includes transcripts of proceedings of the "Ad Hoc Investigating Committee," a group formed by African American legislators. Proceedings from 1969 address racial tensions in the Chicago Police Department; proceedings from 1971 address veterans' affairs.

Title
Minorities in the construction industry and education
Dates
1969-1994

Title
Minorities in the construction industry and education
Dates
1969-1994

For listening purposes, it is necessary to use a copy, not the original (and to have a listening copy made if one is not available).